I learned this morning that Chip Pearson passed away on April 19, 2018.

Chip was a true all-rounder and bottomless pit of knowledge when it came to Microsoft Office and VBA. His website was one of the best collections of VBA knowledge available on the web in my opinion. Thanks to him I learned an enormous amount of programming concepts, saw what good code looked like, and was able to pick up this and that idea for myself.

Prior to starting this website, I contacted a number of Excel experts to better understand what it might mean to try and go it on my own as a freelance excel developer. The most gracious response that I received was from Chip! In memory of him I have decided to post a part of his answer as it tells the story of who he was. Maybe it will inspire someone else as it did me.

I am extremely grateful for the help he has provided me.

May he rest in peace. My condolences to his family.

Chip Pearson’s Email to me on the 24. November 2011 in response to my question on how he got started as a Consultant.

Note: I have ommited those parts of his response that contained more private information which I would not feel comfortable sharing without getting consent from his family.

I was a physics and Math major in college with little computer experience. Upon graduation, I was hired by EDS (a huge computer services and software company, then owned by General Motors), where I went through a two-year training program, including a 3 month technical program where the workload was about 18 hours a day. (About 1/3 of program participants failed.)

I found that I really liked programming and rose quickly at EDS. I specialized in performance analysis and tuning of Tandem systems. Tandem’s can have up to 16,000 CPUs and a similar number of drives. With such a large system, proper load balancing and performance tuning is critical. Tandem’s operating system generated tons of performance data, and so I wrote several complex workbooks to handle all the data analysis. I became very skilled Excel.

After two years of non-stop travel (home 1 weekend a month), I left EDS and took a contract position with Sprint, a major cell phone company. My official job was performance tuning their Tandem systems, but soon I became known around the office as the Excel expert. After 6 months with Sprint, we arranged that I would work half time for Sprint and use the other half to build up my consulting business. This worked well because I had a check every month from Sprint, which was enough to live on if the consulting business didn’t make it.

At this time, I started my web site. I remember in the early days, the site was getting 100 readers a day, and I thought I was king of the world. The site now gets 40,000 readers a day. All of my current business comes via the web site. It has about 400 pages, with only one about the consulting business. The site as a whole is my resume. The readers see that I know what I am doing and that I am quite skilled in Excel and VBA. I don’t do any sort of advertising or marketing. The customers find me via the web site.

I would also recommend that you answer as many questions as you can in the various Excel forums, including Microsoft’s own forums and those at Mr Excel and OzGrid. This will get your name known in the circle of Excel professionals. Most all of the top Excel consultants know one another via the Microsoft Most Valuable Professional (MPV) program and refer clients to one another. I’ve posted probably 15,000 messages on forums and the now-defunct Microsoft newsgroups over the years. This sort of visibility is critical.

Starting your own business is risky and tricky. Working from home is tricky. It is very easy to goof off, take off more time that you should, and be distracted by family matters. You need to let your family know that you are not to be disturbed during your working hours. I guess in Switzerland you have universal health care, so that isn’t an issue. Here in the USA, I have to pay my own health care premiums and they are very very expensive.

This site uses Akismet to reduce spam. Learn how your comment data is processed. 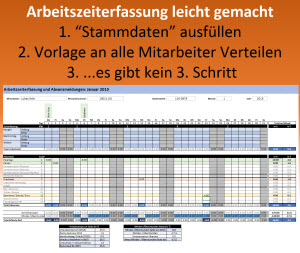